After completing the registration at the Website, or entering his/her valid e-mail address on subsequent days during the Promotion Period, the entrant will automatically receive one (1) “Game Play” in the Promotion. After completing a Game Play, the entrant will receive notification on the Website screen as to whether or not he/she is a potential winner, unless the entrant is a resident of New Jersey. All potential winners will receive an e-mail confirmation within approximately 24 to 48 hours from the time his/her entry is received at the e-mail address submitted when registering for the Promotion. Each entrant who receives a winning notification will be deemed a potential winner pending verification of the entrant’s eligibility and compliance with these Official Rules, as determined by Sponsor in its sole discretion. Sponsor will notify the potential prize winners via e-mail at the e-mail address provided when registering for the Promotion. Each winner is considered a potential winner pending verification of his/her eligibility and compliance with these Official Rules.

During the Promotion Period, an entrant may also text WICKED (“Keyword”) to 49375 (“Short Code”) to obtain a link to the Website. Note that an entrant cannot participate in the Promotion solely by texting the Keyword to the Short Code. Message and data rates may apply for each text message sent or received. Not all mobile telephone providers carry the service necessary to access the Website. Entrants should consult their wireless providers’ pricing plans. An entrant may, at any time, choose to stop participating in this Promotion by sending an opt-out text message stating “STOP” to the Short Code. If an entrant sends an opt-out text message, he/she will be sent a reply text message, which will confirm that he/she has been unsubscribed and will receive no further text messages. For help, text the word “HELP” to the Short Code. Each Text must be manually key-stroked/entered by the entrant.

IMPORTANT:  Message and data rates may apply for each text message sent or received. Not all mobile telephone providers carry the service necessary to participate. Entrants should consult their wireless provider’s pricing plans.

Entry Limit:  There is a limit of one (1) Game Play per person per day during the Promotion Period. If more than one (1) Game Play is received from the same person and/or e-mail address in a single day, only the first Game Play received will be considered valid. A “day” is defined as starting at 12:00:00 AM (midnight) CT and ending at 11:59:59 PM CT on a calendar day during the Promotion Period, except on May 15, 2019 when a day is defined as starting at 12:00:00 PM (noon) CT and ending at 11:59:59 PM CT. All Game Plays must be completed and received by Sponsor or its authorized designee by 11:59:59 PM CT on August 15, 2019. In the event that a household, based on address, enters the Promotion using more than five (5) unique e-mail addresses, all of the Game Plays entries associated with that household (determined by Sponsor or Administrator at their sole discretion) will be disqualified.

*After verification, the participant will be sent one (1) unique redemption code that can be used to redeem a six (6)-month Pandora Plus Trial Pass. Approximate retail value of the Trial pass is $30 USD. Offer Items will be fulfilled within approximately 2-3 weeks after verification. Please allow approximately one (1) week for verification. Trial passes are subject to availability and only available while supplies last. There is a limit of one (1) Trial pass per person/phone number. Trial passes must be redeemed by and used by 12/31/19. No Trial pass substitution or exchange will be allowed, except by Sponsor, who reserves the right to substitute a Trial pass of equal or greater value in case of unavailability of the Trial pass or force majeure. Each participant shall be solely responsible for payment of any and all applicable federal, state, and local taxes for any Trial pass received. All other costs and expenses not expressly set forth herein shall be solely the recipient’s responsibility.

Pandora Plus Trial Pass redeemable only on www.pandora.com/redeem for a six (6)-month Pandora Plus Trial pass. Open to US residents twenty-one (21) or older; no purchase necessary to use Trial pass. One time use only; Trial pass is void after activation or expiration. Payment information and election of subscription product required to redeem Trial pass. If you do not want a subscription once your Trial expires, you must disable auto-renewal prior to expiration of your Trial or contact Listener Support at help.pandora.com. Current subscribers are not eligible to redeem a Trial pass, nor are users who have previously redeemed a Trial pass. Pandora subscription products are subject to the Pandora Subscription Terms available at www.pandora.com/legal/subscription. Additional limitations may apply to your Trial pass, see www.pandora.com/legal/subscription-offer-terms for more details. Use of Trial pass constitutes acceptance of all applicable terms and conditions. Trial passes are issued by Pandora Media California, LLC. © 2018 Pandora Media California, LLC. All rights reserved.

***StubHub Gift certificates and electronic “eGift Cards” or physical gift cards (collectively, "Gift Cards") can only be redeemed on stubhub.com or by calling customer service. We may enable redemption via mobile applications or m.stubhub.com at a later time; check your Gift Card for details. You must have a StubHub account to redeem Gift Cards. To create an account, visit StubHub. Gift Cards are not redeemable for cash and cannot be returned for a cash refund. Gift Cards are not credit, debit or charge cards. No implied warranties attach to Gift Cards. Upon redemption, the entire balance of a Gift Card is deposited to the recipient's StubHub account. Gift Cards are not reloadable and cannot be associated with multiple StubHub accounts. Gift Cards cannot be redeemed for past purchases. If the cost of an order exceeds the Gift Card amount, the recipient must pay for the balance with a credit or debit card or PayPal account. Treat Gift Cards like cash. Lost, stolen, or damaged Gift Cards will not be replaced except where required by law and only with proof of purchase as required and if the Gift Cards have never been used. Gift Cards and their use on stubhub.com are subject to our User Agreement and Privacy Policy. StubHub reserves the right to close customer accounts and request alternative forms of payment if a fraudulently obtained Gift Card is redeemed and/or used to make purchases on stubhub.com. Invalid or unidentifiable Gift Card numbers will not be redeemed. Purchases using Gift Cards do not count towards StubHub rewards or loyalty programs. StubHub reserves the right to change these terms and conditions from time to time in its sole discretion.

No more than three thousand one hundred fifty (3,150) Prizes will be available in the Game.

By entering the Promotion, each entrant agrees: (i) to be bound by these Official Rules, (ii) to waive any rights to claim ambiguity with respect to these Official Rules; (iii) to waive all of his/her rights to bring any claim, action or proceeding against any of the Released Parties in connection with the Promotion; and (iv) to forever and irrevocably agree to release and hold harmless each of the Released Parties from any and all claims, lawsuits, judgments, causes of action, proceedings, demands, fines, penalties, liability, costs and expenses (including, without limitation, reasonable attorneys’ fees) that may arise in connection with: (a) the Promotion, including, but not limited to, any Promotion-related activity or element thereof, and the entrant’s Game Plays, participation or inability to participate in the Promotion; (b) the violation of any third-party privacy, personal, publicity or proprietary rights; (c) acceptance, attendance at, receipt, travel related to, participation in, delivery of, possession, defects in, use, non-use, misuse, inability to use, loss, damage, destruction, negligence or willful misconduct in connection with the use of a Prize (or any component thereof); (d) any change in the prizing (or any components thereof); (e) human error; (f) any wrongful, negligent, or unauthorized act or omission on the part of any of the Released Parties; (g) lost, late, stolen, misdirected, damaged or destroyed prizing (or any element thereof); or (h) the negligence or willful misconduct by entrant.

If, for any reason, a Game Play is confirmed to have been erroneously deleted, lost or otherwise destroyed, corrupted or for any other reason not accepted as a Game Play in the Promotion, entrant’s sole remedy is to enter the Promotion again to receive another Game Play. If, for any reason, the Promotion is not capable of running as planned or the integrity or feasibility of the Promotion is severely undermined by any event beyond the control of Sponsor, including but not limited to fire, flood, epidemic, earthquake, explosion, labor dispute or strike, act of God or public enemy, satellite or equipment failure, riot or civil disturbance, war (declared or undeclared), terrorist threat or activity, or any federal, state or local government law, order, or regulation, order of any court or jurisdiction, infection by computer virus, unauthorized intervention, technical failures or other cause not reasonably within the control of Sponsor (each a “Force Majeure” event or occurrence), Sponsor reserves the right, at its sole and absolute discretion, to cancel, terminate, modify or suspend the Promotion and/or proceed with the Promotion, including the selection of winners in a manner it deems fair and reasonable, including the selection of winners from among eligible Game Plays received selected prior to such cancellation, termination, modification or suspension without any further obligation provided a sufficient number of eligible Game Plays are received. If Sponsor, in its discretion, elects to alter this Promotion as a result of a Force Majeure event, a notice will be posted at the Website. In the event that, due to technical, typographical, mechanical or other errors, there are more winners than are stated in these Official Rules, a random drawing among the claimants will be held to determine the winners. If for any reason, including but not limited to an administrative, printing, production, computer or other error or due to technical difficulties or incorrect announcements of any kind, more winning messages are distributed, or more Prizes are claimed than are intended to be awarded for any Prize according to these Official Rules, the intended Prizes will be awarded in a random drawing from among all verified Prize claims.

Without limiting the foregoing, everything regarding this Promotion, including the Prizes, is provided “as is” without warranty of any kind, either express or implied, including but not limited to, the implied warranties of merchantability, fitness for a particular purpose or non-infringement.

Domino’s® and the modular logo are registered trademarks of Domino’s IP Holder LLC. This Promotion is in no way sponsored, endorsed or administered by, or associated with, Domino’s Pizza LLC. 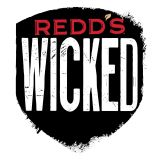